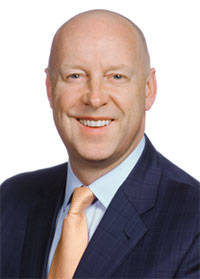 Mr. Morse said, “Matt Cheek represents the best of what it means to be a Virginia Lawyer. His intelligence, attention to detail, and competence in the banking and risk management arena positions Matt as a “go-to guy” when financial firms need legal counsel. Thanks to Matt’s prior service on the board of the Virginia Bar Association and its Young Lawyers Division, his strong relationship with so many members also speaks volumes about Matt’s commitment to advance the industry.”

Mr. Cheek is a Partner at Williams Mullen in Richmond, Virginia. Since joining the firm, Mr. Cheek has developed a reputation as a leader who has given of himself tirelessly in several financial services trade groups. He is actively involved with the Virginia Bankers Association and Virginia Association of Community Banks. Additionally, Mr. Cheek served as the President of the four-state Carolinas-Virginias Chapter of the Risk Management Association. Before Williams Mullen, Mr. Cheek served as a law clerk to the Honorable Elizabeth B. Lacy of the Supreme Court of Virginia. He is an alumnus of the University of North Carolina at Chapel Hill and Washington & Lee School of Law.

Mr. Cheek served on the Virginia Bar Association’s Board of Governors and was Chairman of the VBA’s Young Lawyers Division. He has been featured in Virginia Super Lawyers magazine, The Best Lawyers in America, was named among Virginia Business magazine’s “Legal Elite,” and was one of Style Weekly’s “Top 40 Under 40” for his service to the community.

“Matt is more than ready for this call,” said Mr. Morse. “He is one of our esteemed Fellows, and as a long-time board member, he has chaired our Foundation’s committees for Donor Relations, Grants, and Finance & Audit, while also working on the CLE, Governance, and Personnel Committees. His servant leader style is perfect for leading the Virginian Law Foundation to make an even greater impact for the good of all Virginians.”